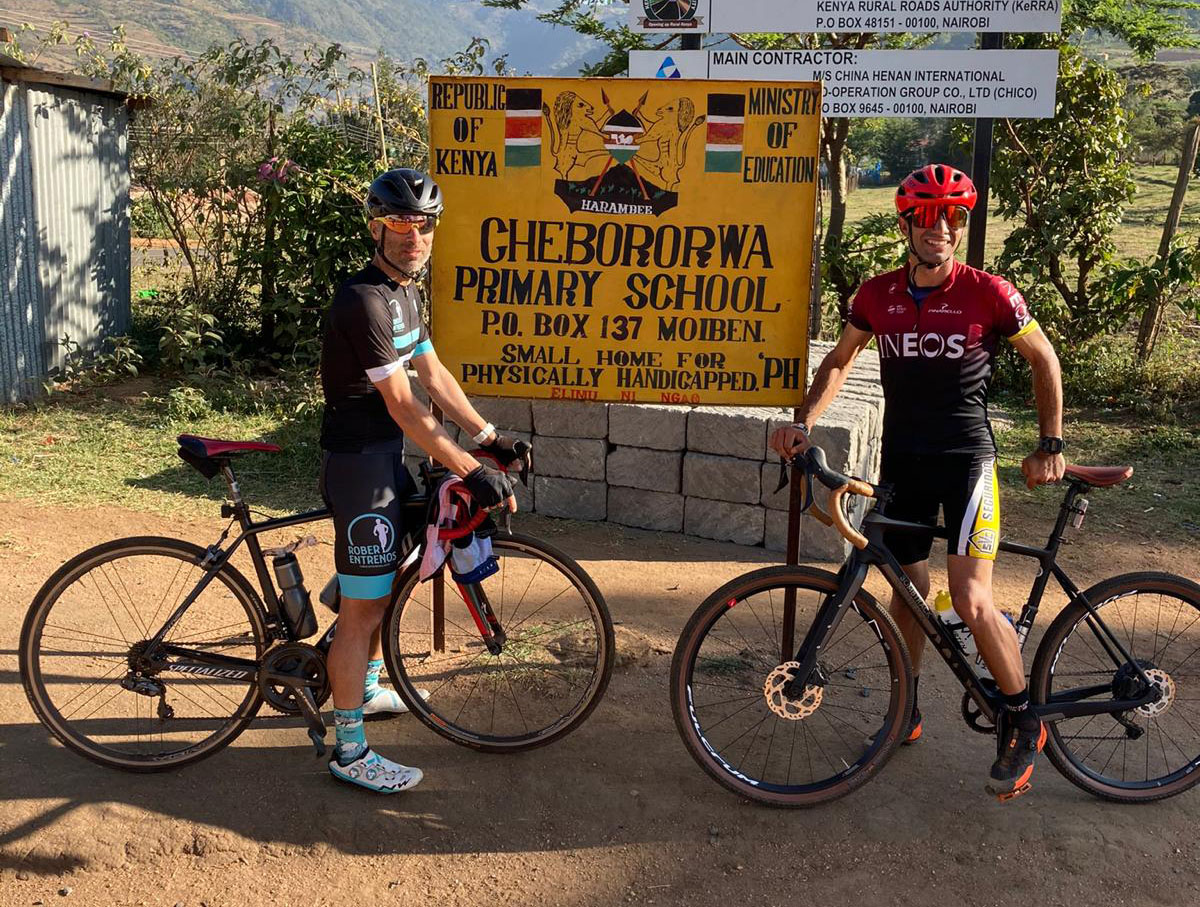 Kenyan roads are adding more and more kilometers of asphalt, but making circular loops is still a challenge. Most of the roads have a radial projection from the busiest towns. This way, going out of town in good tarmac is possible, but trying to come back using a different one requires, often, an off-road stretch. And this is what happened to me when I used Moiben road until Chebororwa and Yemit until Iten: I had to make 17km of gravel terrain which wasn’t easy but it was beautiful.

Moiben road (called C50) is one of the busiest roads among athletes and, since it got tarmac, also among cyclists. Actually, this road alone requires an entry in this blog, which I will do in the near future. It is flat and its asphalt is of high quality and smooth. After the town of Moiben, goes downhill for a while and starts to climb after Chebororwa, where there is the county boundary: from Uasin Gishu to Elgeyo-Marakwet.

Although the road continues towards Kapcherop, I took a right turn and entered into a climbing path. This stony track climbs 500m in less than 7km. [My colleague Roberto Anta, who was riding a road bike, had to go back through Moiben]. Some parts of this track are so steep that I felt down a couple of times while climbing. One of the consequences of not being familiar enough with the pedals. Fortunately, both falls were in slow motion and I didn’t hurt myself.

During the climb, the views are immense. The area of Moiben and even Ziwa show a huge and flat extension of land (south-west direction), while to the other side, the impressive Cherangany Hills, are imponent. The highest point of the route is at 2600m above sea level. From there, the descent is gentle and much less stony than the ascent. At the center called Jemunada, a path continues south which is parallel to the Moiben Road. But I took a left turn and continue an undulated track until Yemit.

The route has many turns, so it’s a must to use the GPS to avoid getting lost. It was not always the biggest or the best path the one that I was following.

Once I was on tarmac again (not exactly in Yemit but a couple of kilometers below), the road descends lovely across the forest until Cheptongei. If you have never done this road, you should. It’s one of the prettiest ones around the Rift Valley. It’s the end of the road called Cherangany Highway (D327 and D329) that joins Kapenguria with Cheptongei. A well tarmacked road that climbs higher than 3000m.

From Cheptongei until Iten, with the added advantage that the wind is usually coming from the back, the speed is high and kiloemters go by easily. The centers of Chebara and Bugar are reached without difficulty and Iten becomes visible. If the round loop has started at the Moiben Junction (like in my case), it will be only 15km more to end it. In total, the route covers 116km with 1600m of climbing, a third of which are done all at once when starting the off-road path.