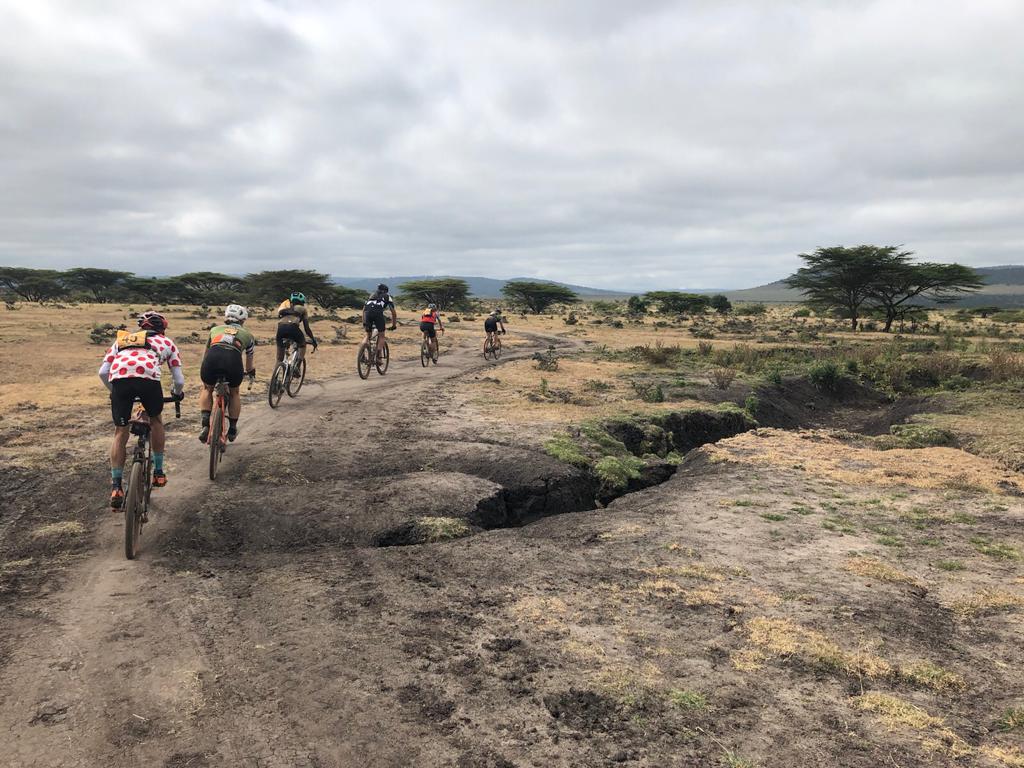 First editions are always full of uncertainties. If a first edition takes place, for instance, in the middle of the Maasai Mara, then the uncertainty gets multiplied. But, when everything ends up going well, the success is absolute and the demand for the following edition will explode. And this is what happened with the Migration Gravel Race of 2021. 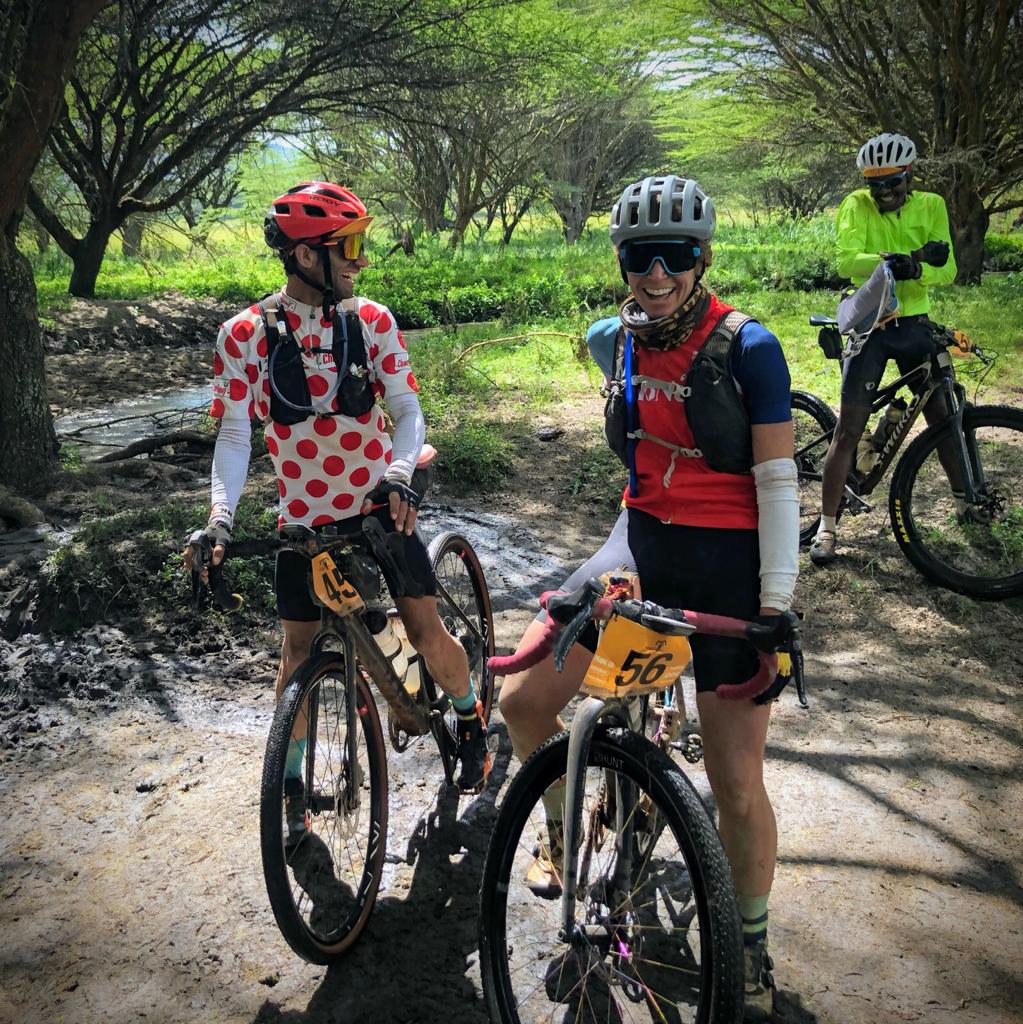 From June 23rd to 26th, flagging off from the base camp “The Wild Hub”, a gravel race of 650 kilometers and 8000m of climbing started. The organizing team, with the help of the maasai community, showed an amazing resilience and adaptation to the challenges. Only 5 days before the start, for example, the Bomet county entered into lockdown due to COVID19. Immediately, the organizers worked out a variation for days 1 and 2, so the route could avoid entering into Bomet and the race could continue.

Every stage of the Migration Gravel Race was difficult in itself. The first one, the shortest (only 120 kilometers), welcomed us with head winds for the last 50. The second one, the Queen stage, presented 170 kilometers and more than 3000m of climbing (with most of the stage rolling over the 2000m above sea level). The third one, which was the easiest one on the paper because it was only 130 kilometers long and had more descent than ascent, became my calvary (my right foot, that used to complain of lack of space inside the shoe, couldn’t handle the pain anymore and I stepped down at the water station of the kilometer 60). Lastly, the fourth stage was probably the most enjoyed one. Although it was almost as long as the second one, the track was following mostly wide and well compacted roads and, finally, my average showed more than 20km/h.

The race had one or two aid stations per stage. On them, we could find water, fruit, nuts and moral support. Everything else that we might need should be carried by us: tools, food to fuel during the stage and a rain jacket in case it was necessary (something that, luckily, didn’t happen). At the end of the stage, we could find a camp built purposely for us in the middle of nowhere. And, in such camp, we had an individual tent for each participant, bucket showers with water heated over fire and latrines that were dug just minutes before we arrived.

The maasai community was the most valuable asset of the race. A huge number of them became escorts on motorbikes patrolling the race, others were sentinels overnight taking care that the hyenas didn’t get too close to the camp, and others were in charge of bringing barrels of water for taking showers with the help of donkeys.

During dinner, which was usually served around 6pm, the camaraderie of the 60 participants grew wide. We chatted about the anecdotes of the day, the results of the stage and the accumulated classification were read and a good number of bottles of beer were emptied around the campfire. Minutes later, just after the sunset, the riders were peregrinating to our own tents silently.

During the race we could spot zebras, giraffes, elephants, wildebeests and, at least me, a couple of juvenile African crowned eagle (Stephanoaetus coronatus). We crossed rivers, climbed rocky grounds and got stacked on sandy riverbeds. Luckily, I didn’t get any puncture but some participants counted more than a dozen. The mechanical problems were also common. For me, the only setback was a broken pedal after hitting a rock at high speed (fortunately, I was able to continue riding). As James Savage, the organizer of the Migration Gravel Race said, “expect the unexpected”. To ride the Maasai Mara in gravel is an adventure like no other but almost anything can happen. 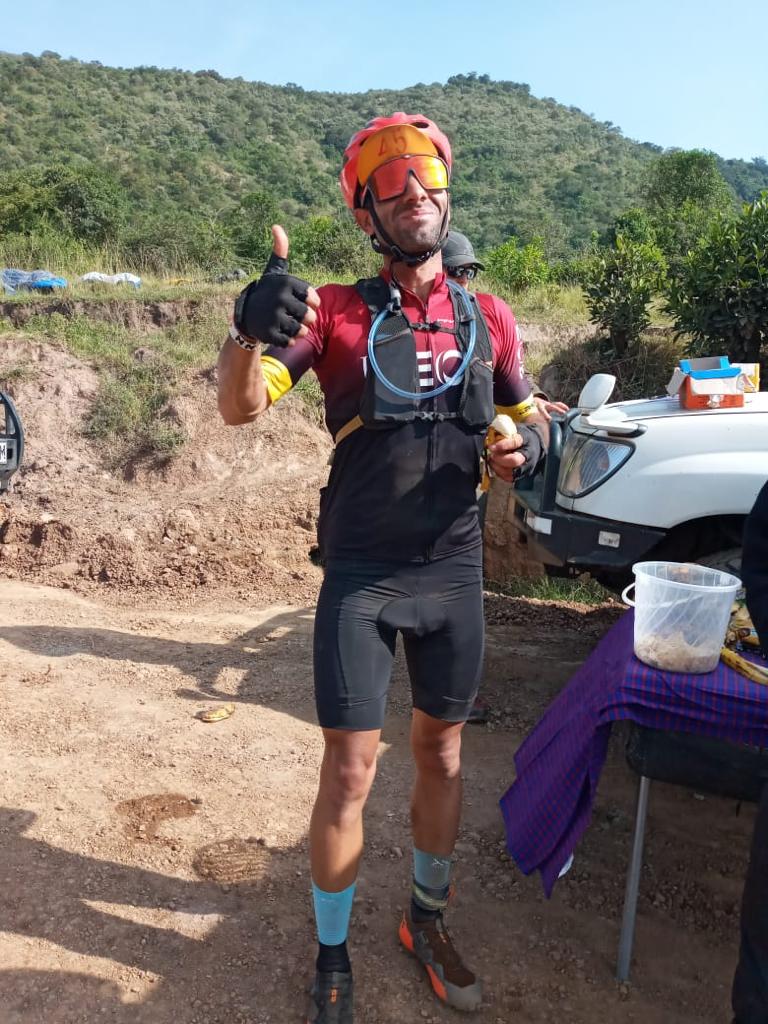 If you allow me some advice: sign in for the next edition of the Migration Gravel Race. I can’t compare this race with any other, mostly because it’s my very first race on a bike. But I can guaranty that the experience was way better than the expectations. And, at the same time, you will collaborate with a good cause: to make East African cyclists known and to finance a bit the Kenyan Riders project.

And, if you still want to know more, I recommend you visit the website of the race and listen the podcast “Chasing the Peloton” conducted by Peter Halliwell, one of the participants in this first edition. 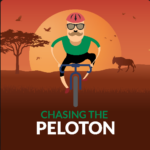