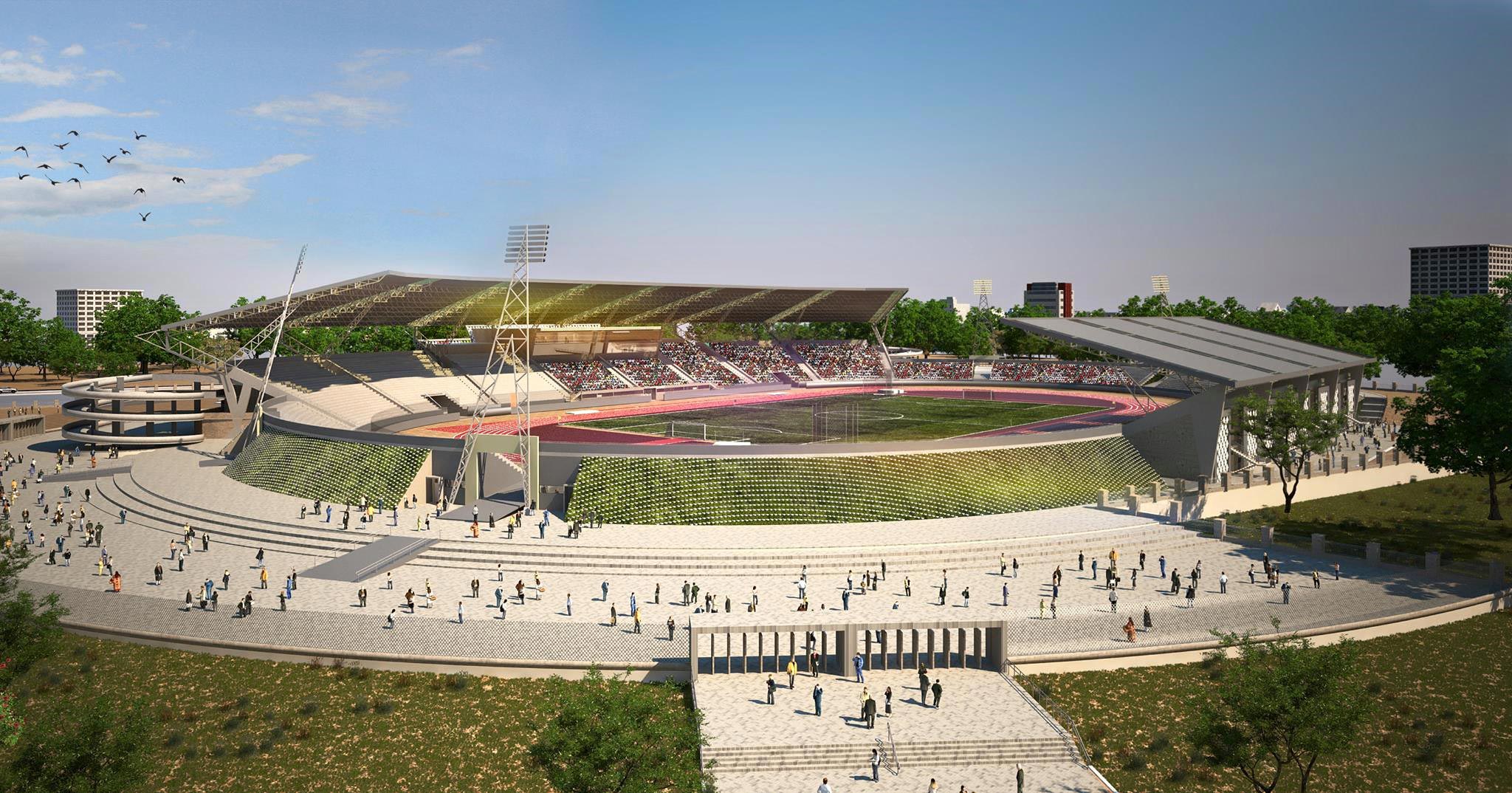 The Kipchoge Keino stadium in Eldoret

The city of Eldoret has a stadium named after one of the forefathers in athletics: Kipchoge Keino. He was Olympic champion of 1500m in Mexico 1968 and 3000m steeplechase in Munich 1972, among many other medals. But, among most of the visitors, the confusion in the name is clear and many believe that the stadium (called shortly as “Kipchoge Stadium”) is because of the famous marathon runner.

This stadium has been in the city for many years. It was even the home ground for the forgotten football teams Rivatex and Eldoret KCC.

I visited the stadium for the first time in February 2008 and I did speedwork sessions in it. By then, the surface was murram and it was not allowed to use it when raining. The reason was to prevent further damage to the surface (but also to avoid injuries, because it was very slippery). The sitting capacity was divided in two: a wooden structure on the main straight with a decent roof and a combination of grass and stones on the three quarters remaining. The biggest advantage was the access was open to everybody and free.

But renovations started. The government, willing to renovate almost all the stadiums in the country, allocated some funds in the project. The grandstand was demolished, the murram was improved to tartan and the free access was over. Some rumors say that the contractor never received the full payment, so he decided to lock the stadium.

In 2016, Olympic year, there was an agreement with the contractor so the stadium could be used (in two occasions). The first time was during an athletic meeting in May; the second was to celebrate the Olympic trials in June. That was a huge celebration because those trials were always in Nairobi. If you are interested, the results are in this link:

After those trials, there was more funding to finish the stadium and the renovations continued. The idea was to make it a state-of-the-art sports coliseum. The job has been assigned to different contractors and the progress is visible, but still far to end. The access to the track is usually allowed, but not always. On Tuesday, a traditional day worldwide to do speed sessions, it’s possible to see some of the best runners training there. Also many foreign runners based in Iten move to the Kipchoge Stadium for such sessions.

If you ever visit Eldoret and you like to run (or see others doing it), visit the stadium. You might not be allowed to enter, but this should change in the future. Eldoret needs a good stadium but, above all, a stadium that it’s open for training.

I am not sure if the final result will be like the projected one, but dreaming is allowed. 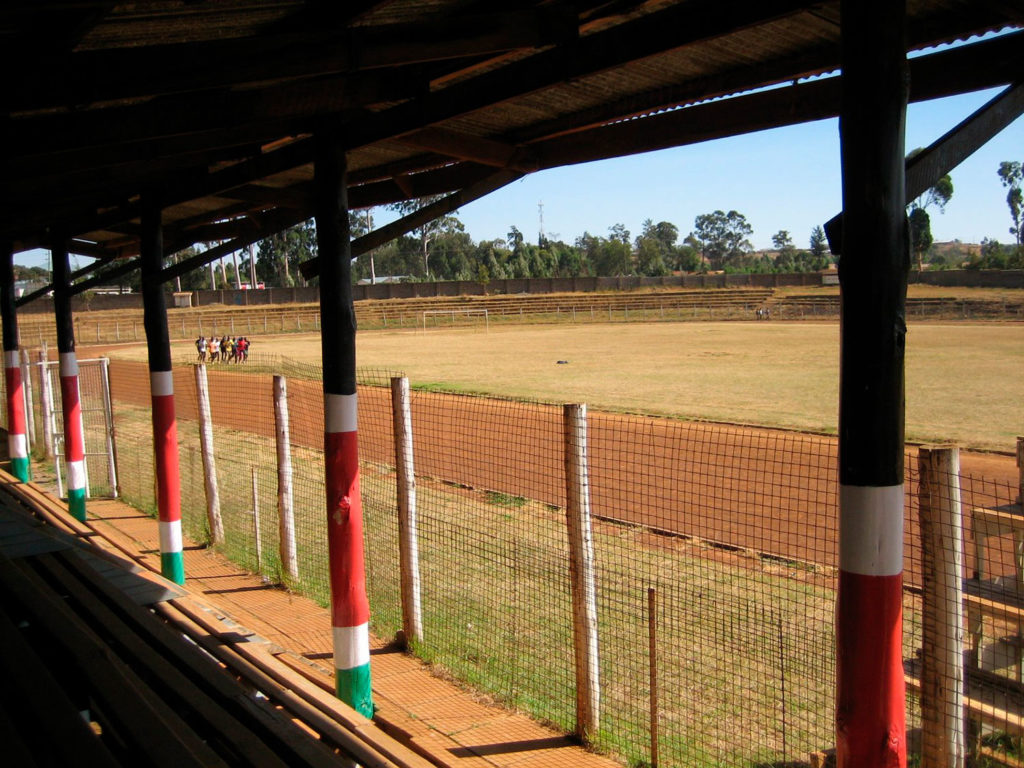 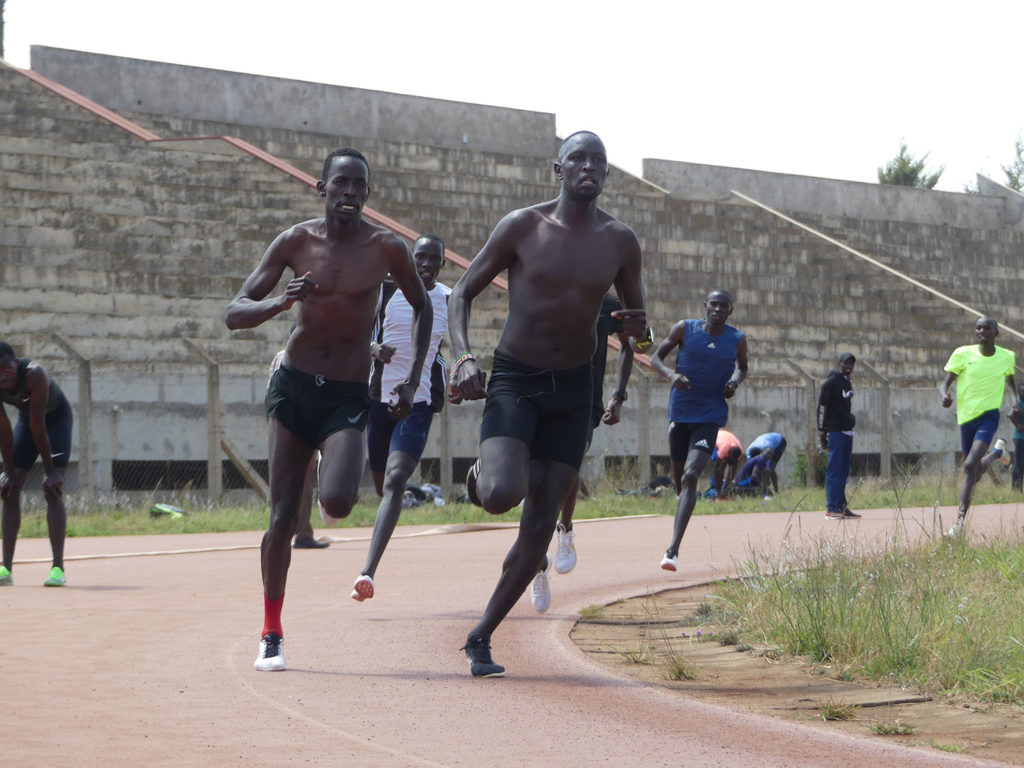